On Monday 10 July, Jim Fitzpatrick MP (Labour) asked he Secretary of State for Education, what the amount of student (a) fees not paid and (b) loans not repaid by foreign students from (a) EU and (b) non-EU countries was in each of the last five years.

Information on student loans held at the end of each financial year by borrowers domiciled in England and the EU prior to studying can be found in Table 1 of the SFR. The latest statistics show that at the end of the financial year 2016-17, around £89.3 billion was outstanding in higher education loans, of which £1.7 billion (1.9%) was held by EU domiciled borrowers. 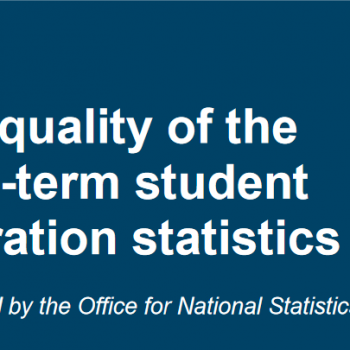