To ask Her Majesty’s Government what action they intend to take to ensure that exam boards continue to offer a range of creative subjects at A-Level.

My Lords, yesterday, I drove down from the University of Birmingham, where I am proud to be chancellor, and spoke to my mother. She is a proud graduate of that university, as were her father and brother. She studied history of art there, and said to me that it changed her life. It introduced an appreciation of the arts for ever, which she then passed on to her children. I thank the noble Baroness, Lady Brinton, for initiating this debate.

Under the headline, “Top experts’ letter pleads for art history A-level”, the BBC reports that:

“Hundreds of academics have signed an open letter to an exam board, condemning plans to axe art history A-level … The decision to cut the A-level comes when ‘society has never required its insights more’, argues the letter. AQA said the change ‘was not about money or whether history of art deserves a place in the curriculum’”.

The AQA is the only exam board to currently offer the art history qualification. The decision will result in a subject of profound social, cultural and economic importance disappearing from the UK A-level landscape. There were 220 signatories, ranging from representatives from the University of Oxford, Sotheby’s and the Courtauld Institute of Art, to emerging art historians.

A reformed history of art specification, which was due for first teaching next September, would have given students the opportunity to study the most pressing social and political issues we face today, from war to environmental change, from identity to migration, played out through the visual and material world. It was an exciting and inspiring prospect. The plan was to support and encourage a greater number of schools and colleges, particularly in the state sector, to offer the subject to 16 and 18 year-olds. The exam board’s decision not to go ahead represents a vital loss for students. According to the letter:

“By denying young people access to the study of art history at a vital juncture in their lives, the AQA decision will actively discourage the next generation from pursuing careers in the arts and place current successes in real danger”.

The decision comes amid—we must remember this—a series of changes to the curriculum set by our infamous former Education Secretary, Michael Gove, who proposed cuts to the number of creative and arts-based courses to make way for more challenging, ambitious and rigorous subjects. What was he thinking? Can the Minister confirm that other subjects to be axed include statistics, classical civilisation and archaeology? Many of these are not available on any other boards. The Association of Art Historians said that the decision could have a detrimental effect on the wider industry, as students would be far less likely to gain an interest in or gain access to a subject if it was no longer made available to them before the higher educational stage.

“Art history A level axed as ‘soft’. SOFT?? tell that to Kant, Hegel, Ruskin, Burckhardt, Panofsky, Schapiro and the rest”.

Sir Anthony Seldon, a friend of mine, former master of Wellington, currently Vice Chancellor of the University of Buckingham tweeted:

“Rembrandt weeps. Can you believe that our history is no longer being offered at A level? Philistines must not prevail”.

In a statement, the AQA board said that the decision had not been made lightly, but that the subject was too complex:

“We’ve identified three subjects—Archaeology, Classical Civilisation and History of Art—where the complex and specialist nature of the exams creates too many risks on that front. That’s why we’ve taken the difficult decision not to continue our work creating new AS and A levels in these subjects”.

Does the Minister agree that that is pathetic?

“Why I don’t buy the argument that History Art A-level was axed for being ‘soft’” is the title of an article by Laura Freeman. She writes:

“Soft? Soft? History of Art is as soft as Carrara marble”.

This decision should be a spur to offering history of art in all schools: state, grammar and academy. It should be a wake-up call. The AQA has confirmed that it will not be offering it, but EdExcel might come in as a white horse. Does the Minister know and can he offer us some encouragement?

The noble Baroness, Lady Brinton, spoke about creativity. I was told throughout my childhood, through all my schooling, “Karan, you are doing well academically. Keep going, but you are not creative”. Why? Because Iwas useless at art. I started piano. At grade 1, I was told, “Karan, give up; you are tone deaf. You are not creative”. Throughout my schooling, college and universities, I thought I was not creative. Then I started my own business. I realised that one of the most important skills of an entrepreneur is the ability to be creative and I had it in abundance, but it had been wasted all my childhood. Now, when I give talks around the world and I ask audiences, “How many of you think you are creative?”, half the hands go up. Just imagine if 100% of the hands went up. It would encourage creativity in our schools from primary level all the way through. The GDP of this nation would double.

Look at the response of the University of Cambridge to the decision. It deeply regrets the decision by AQA and says that it is really damaging. It states:

“The cultural and creative industries are one of the UK’s greatest selling points”,

“a mighty economic engine … Art history is a rigorous, ambitious and highly vocational subject which should be open to students of every background, and celebrated as an essential tool to enable greater understanding of cultural life in both the UK and abroad”.

“Only eight state schools in the country currently offer History of Art”.

The criticism is that history of art should not be there because it is elitist. I spoke about Cambridge because I chair the advisory board of the Cambridge Judge Business School. Birmingham University has the famous Barber Institute, one of the finest University museums in the world. Over the past two years, 95% of Birmingham’s art historians have secured a graduate-level job or further study within six months of graduation. The DCMS report on the creative industries estimates that they account for 5% of Britain’s GDP. It is much more than that if you include everything that comes within the history of art.

To conclude, my daughter Zara is at Wellington College studying history of art. She came here on a visit with her teacher Mr Rattray, who studied history of art at Cambridge. When I took the students round, I learned more from Mr Rattray and the students about the architecture, history and art of our Parliament than I had learned in 10 years. That is the brilliance of the subject. Do you know what my daughter said to me when AQA made its announcement? “But Daddy, he is going to be out of a job”. We cannot let that happen.

The arts also enrich children’s lives. The Government fully recognise that they help develop the self-confidence, resilience, communication and team-working skills that will stand young people in good stead throughout their adult lives, a point raised by the noble Earl, Lord Clancarty. Again, the noble Lord, Lord Bilimoria, is right: the creative arts help develop critical skills for business, as he will know from his experience. The Government are determined that all young people should have access to an excellent, well-rounded education, and the arts are central to this.

The noble Baroness, Lady Brinton, the noble Earl, Lord Clancarty, the noble Lord, Lord Bilimoria, and many other Peers raised specific concerns about AQA’s recent decision not to develop new A-levels in history of art, archaeology, classical civilisation and statistics. I myself studied history of art at a fine institution on the East Neuk of Fife in Scotland and recognise how such subjects help our understanding of societies and foster skills in critical analysis. The noble Lord, Lord Bilimoria, cited his own personal example. I therefore share your Lordships’ disappointment about this decision. 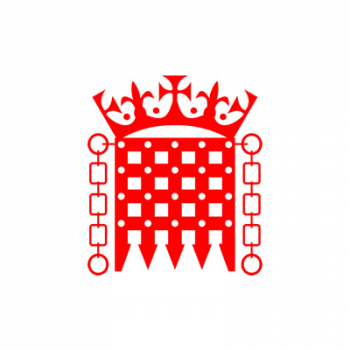